The Parks and Street Maintenance division is responsible for maintaining approximately 150 miles of city streets as well as our City Parks.

This maintenance consists of the following: 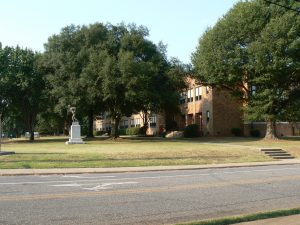 Belmont has many streets that are either owned by the City of Belmont, the North Carolina Department of Transportation (NCDOT), or by a private entity.

The major streets that connect to other cities are generally NCDOT streets. These include:

The smaller, local neighborhood streets inside the city limits are City of Belmont streets.

When a new development is being built, the streets are built and maintained by the private developer. Once enough houses have been built on that new street and there is less construction traffic, the City of Belmont will consider taking ownership and maintenance responsibilities for the street.

Before a street can be turned over to the City, the developer must make all repairs to it and must put the final coat of asphalt on it. All sidewalks and surrounding landscaping trees must also be installed and planted. This places that cost on to the developer and not our taxpayers. Almost all of the recent subdivisions have gone through this process, while a few have not yet asked the City of Belmont to take over the streets.

Example
An example of a developer not asking the City of Belmont to take over the streets would be Reflection Pointe, where the streets are private and are owned by the homeowners' association.

If you need to report a problem with one of the streets within Belmont or need to ask a question about potholes or street conditions, please consult the Powell Bill Street Map, which can be found below, in order to determine who you should contact. This map shows all of the streets in Belmont and will indicate which of these are NCDOT streets, City of Belmont streets, and private streets.

If you have already reviewed the Powell Bill document above and determined that the street you would like to report a problem for is a City of Belmont street, you may use the Report a Problem button below. This will direct you to our online reporting portal.

If you would like to speak with a City of Belmont employee about the problem, you may use the Contact button below to be directed to the directory page.

If you have reviewed the Powell Bill document above and determined that the street belongs to the NC Department of Transportation, please use the Contact NCDOT button below.