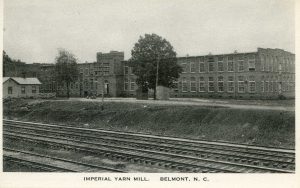 Originally settled around the colonial era, the first fort was built by a group of Dutch settlers near the junction of the South Fork and Catawba River in the 1750s. This early community came to be known as Garibaldi Station. As the years passed, the early inhabitants relied heavily on agriculture for their livelihood and operated many farms within the area. Due to being located at the northern end of a large peninsula and surrounded by the Catawba River to the east, Lake Wylie to the south, and the South Fork of the Catawba River to the west, early settlers did not travel to neighboring towns very often, as it required crossing a river in either direction. Although this location insulated early settlers from the changes of the surrounding communities of Gastonia and Charlotte, it would play a large role in the growth of the community in the coming century.

A Name is Chosen

In 1833, the community known as Garibaldi Station was renamed as Belmont, which means “Beautiful Mountain”. This name was chosen due to the proximity to Crowders Mountain.

Although the Industrial Revolution had been taking place in the United States for decades, Belmont didn't experience it's effects until 1853 when the Stowesville Cotton Mill was opened.  This mill was one of the first three Cotton Mills in Gaston County. After the mill was erected, Belmont continued to have a very small population. It was not until textile manufacturing arrived that Belmont really experienced an economic boom. Textile manufacturing became an important industry for much of the south, including the Charlotte metropolitan area. Gastonia, located just west of Belmont, was the fourth largest textile center in the state. As Gastonia and Charlotte grew, Belmont continued to maintain much of its agricultural character and did not experience the true effects of the industrial revolution for a few more decades.

In 1871, the construction of the railroad through Downtown Belmont provided a link with the rest of the region. This event would later be considered the primary turning point in Belmont’s history that paved the way for the City we know today.

The Abbey is Founded

In 1872, the Caldwell Plantation was purchased and subsequently donated to the Benedictine monks and eventually led to the formation of Belmont Abbey. As the area surrounding Belmont and the Abbey developed, the downtown and main street portion of Belmont began to take shape. Most land outside of the town, including the peninsula, continued to remain rural. 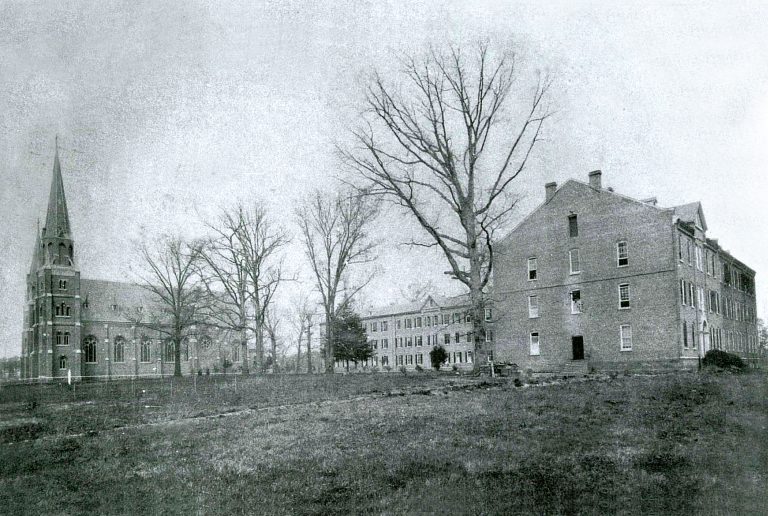 In 1895, Belmont was incorporated as a town with the state of North Carolina. This brought an organized municipal government system consisting of a Mayor, Council, and Public Servants.

In 1901, the Chronicle Mill became the first textile facility within Belmont. Access to the railroad, proximity to Gastonia and Charlotte, and being surrounded by waterways, provided an ideal location for the emerging textile industry. By the 1930’s, over twenty textile mills called Belmont home. This caused the population to soar from 145 at the turn of the century to over 4,000. Many of these mills were planned as distinct “mill villages” which often included churches, stores and residences to serve and house mill workers. These mill villages often provided a sense of community for the workers and their families. The legacy of these mill villages lives on today. When traveling through Belmont, you will see neighborhoods and architecture that act as a reminder of the impact the mills had on the area. 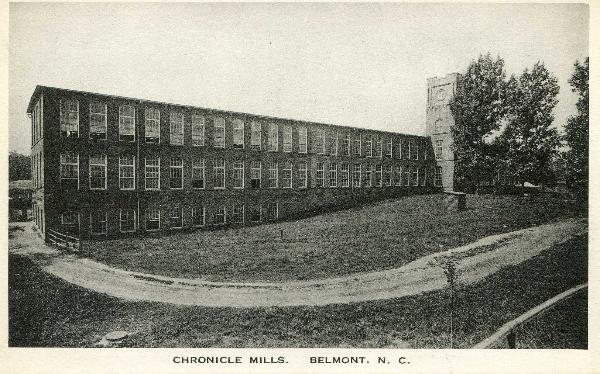 Between the years 1970 and 2000 the textile industry would continue to decline throughout the Charlotte region. Belmont was able to reduce major losses until the late 80’s and early 90’s but would experience a short period of economic decline. Progressing into the Twenty-First Century brought a renewed interest in Belmont. Once again, Belmont’s proximity to Charlotte and abundant access to waterways have brought new investors and residents. Many people see Belmont as the perfect location for access to outdoor activities and a short commute to work. Belmont continues to see the approval and completion of numerous residential developments within and adjacent to current city limits, some of which include high end waterfront properties. The remaining portions of the peninsula are quickly developing. The downtown area is experiencing redevelopment and revitalization. What was once the Chronicle Mill has seen approval of a project that would retain its history while bringing new life to downtown and Main Street. This modern era of development will see Belmont establish a new identity while still retaining its small town charm and sense of community. 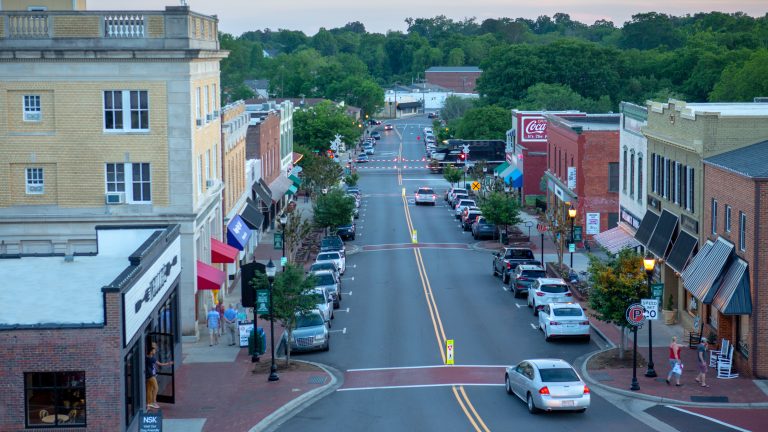